Glad Two of My (Our) Books Made This List! 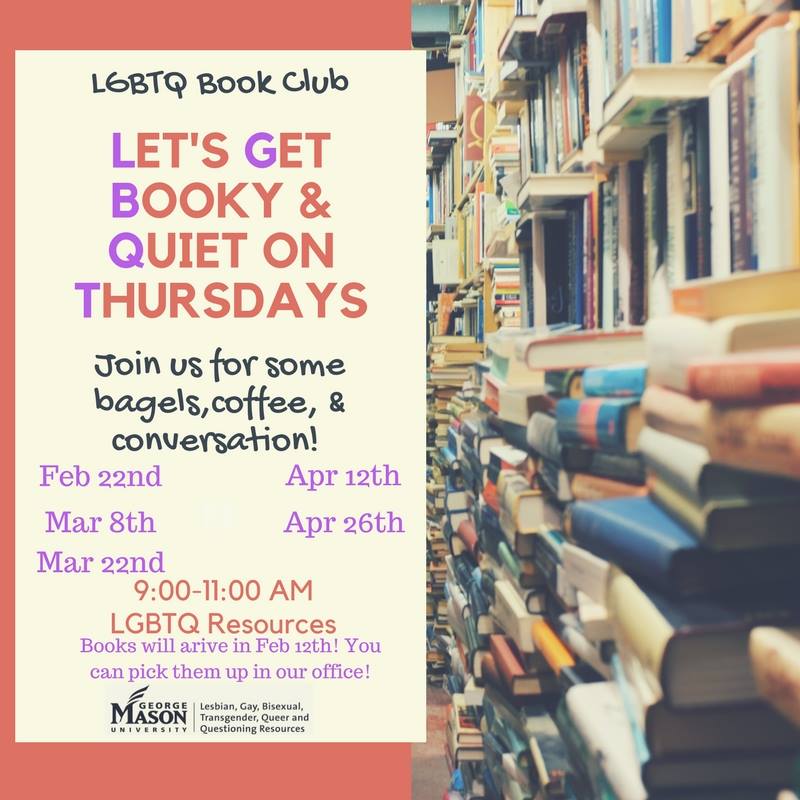 Just a reminder: Book club is next Thursday! We will be reading “Pride & Joy: LGBTQ Artists, Icons and Everyday Heroes” by Kathleen Archambeau

Nominated for a 2018 Lambda Literary Award

Review in the Gay & Lesbian Review

“Since his inauguration, Donald Trump has surrounded himself with shady figures fixated on pushing “religious freedom” as a means of suppressing LGBT rights…Coming against this backdrop, Pride and Joy is a refreshing reprieve. Kathleen Archambeau’s study profiles thirty individuals who represent the full spectrum of the LGBT rainbow. Each subject comes across as a complex person and not just a checked box…This book would be especially appropriate for teenage readers in search of gay role models.”

There’s a blind opera singer, a trans male choreographer, a Ugandan activist and a New Zealand athlete and parliamentarian. There’s also a genderqueer scholar, lesbian tech stars, an immigrant baker and a gay sports executive. The uniting factor besides their sexuality is that all of the people are successful in their chosen field.”
Liz Baudler, Windy City Times

The Ubuntu Biography Project chronicles the lives of LGBTQ
men and women of color and/or African Descent and will include
an excerpt on John LongJones Abdallah Wambere, Ugandan activist,
from my book, “It was really hard for me. I locked myself in my room
and cried and cried and cried. I asked God to make me just like
everybody else. To make me straight. To make me attracted to women.”

Women’s Caucus for Art of Georgia

“Noted activist in the LGBTQ world community, author Kathleen Archambeau
facilitated a thoughtful and insightful discussion at the home of Callahan
McDonough on Oct. 6, 2017…Those of us in Callahan’s living room — representing
a wide spectrum of ages and gender identities, felt a spirit of warm camaraderie
and friendship…One person said, ‘queer is our word…it has a jazziness of its own.
There is a renewed pride in how one feels about oneself, with more support groups
from all spectrums, but more support is still needed…'”

“This is a well-timed and very important book. While I love the stories of Tony Kushner and Emma Donoghue, who are simply amazing human beings, I was fascinated by the “everyday heroes” in Kathleen Archambeau’s book. Perhaps my favorite part of the book is that it has a global perspective and offers insight into LGBTQ lives around the world…” 5-Star Amazon Review by Lady Librarian, 7/27/17

“What a timely book, chock full of stories of diverse LGBTQ people, super relevant to the Bay Area! I like the accessible style, the many quotes, and the photos. The 30 chapter headings are creative, coupled with an appealing headshot.” Kate Farrell, Teacher Librarian, SF Unified School District, former President of the Women’s National Book Author’s Association, SF Chapter

Libby Schaaf, Mayor of Oakland:
“You are amazing!!!! I’m so excited about your book. So proud!”
Mark Leno, First Openly Gay Man Elected to California State Senate; Declared Candidate for Mayor of San Francisco, 2017
“The impact it (the book) will have on our next generation, as well as on all those who care about social justice, will be significant.”
Betty Sullivan, PhD, Publisher, San Francisco Bay Times (founded in 1978)
“Kathleen Archambeau wrote a regular column of inspiring profiles for one of the longest-running and largest LGBTQ newspapers in the country, the San Francisco Bay Times. We’re proud to have been her first public forum.”
Marilyn R. Atlas, Sundance Film Festival Award-Winning Co-Producer, Real Women Have Curves (HBO) and Co-Author, Dating Your Character (Stairway Press, 2016)
“I’m delighted to endorse Pride and Joy: LGBTQ Artists, Icons and Everyday Heroes, as it spotlights queer luminaries living open, fulfilling, happy and successful lives — a departure from many LGBTQ portrayals.”

Another Coup for Sean Dorsey!

Wall actively campaigned for Marriage Equality in Australia after Authoring the
Successful Marriage Amendment Act in New Zealand in 2013.

Sean Dorsey, first TG Choreographer to dance at the American Dance Festival in
2017 celebrates with his wife, TG musician and activist, Shawna Virago, who
received a Certificate of Honor from the San Francisco Board of Supervisors
for her tireless activism and role in founding the TG Film Festival (Nov. 2017)

‘I never knew gay men could love each other’: How Britain brought Angels in America to the world
Tony Kushner’s Angels in America and Perestroika now available at affordable rates at the National Theatre, London

Stacy Taylor, and her wife, Petra Barneveld, Everyday Heroes, are in the book and in the news:

Stacy Taylor, retired LAFD Battalion Chief, Game Face On for the International Association of Women in Fire and Emergency Services.

Check out the article!